Dear Vinvan Vol #2 -Size Matters… But What About Shape?

No, not what you’re thinking – this week, advice guru Vinvan is dishing on the shapes of relationships, and why one reader needs to take a different perspective of her ‘square’ boyfriend. If you have an issue you need some help with – trivial, serious or somewhere in between – email [email protected] with ‘Dear Vinvan’ in the subject line. 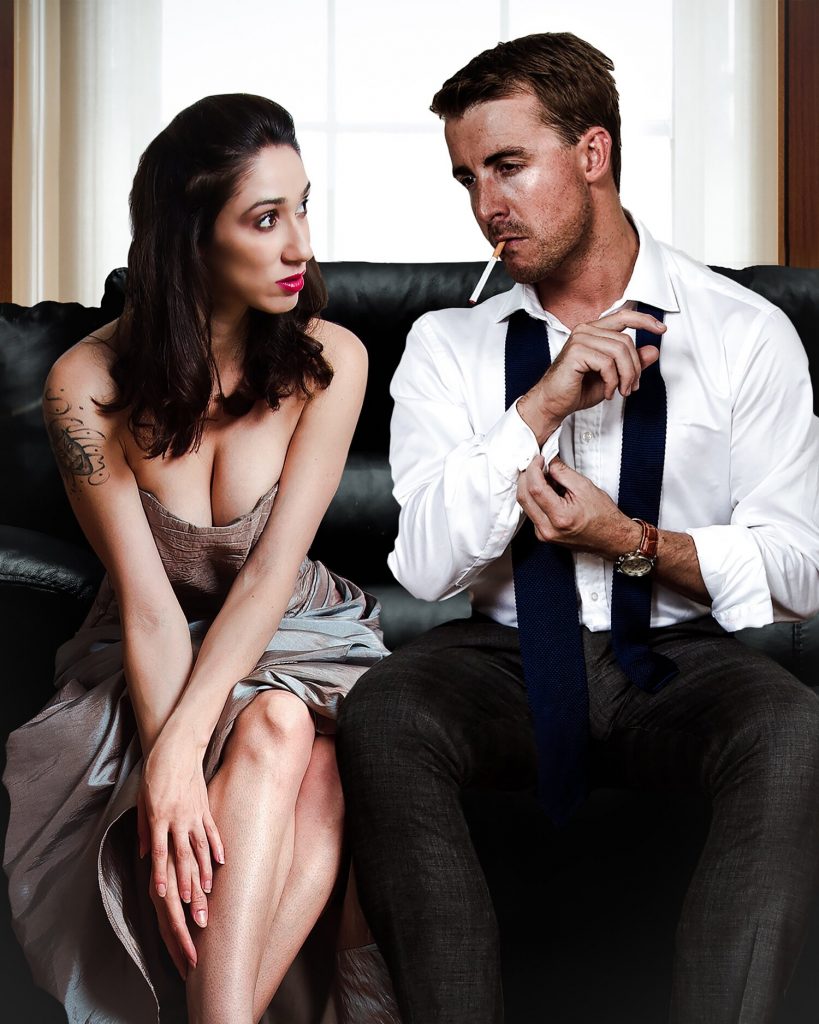 I started a new relationship a few months before lockdown and over a few too many bottles of wine my boyfriend and I decided to move in together for level 4. All things considered we managed to get along like a couple of lovebirds until I lost my job two weeks in. While he was supportive at first he has now become super controlling. He thinks he can manage me and keeps offering what he deems useful advice on everything from where I look for a job to how I spend my money. In all fairness he has offered to pay for my expenses until I get back on my feet but instead of giving me freedom his incessant guidance is suffocating. Now the first flush of lust has faded he seems overly conservative and completely paranoid about the future. I can’t even move out cause I’m broke but if I stay I don’t want to feel like I owe him. Do I stick around and hope it will get better? Now I’ve got to know him I think he’s a bit of a square!

Too Proud for Help

Dear Too Proud for help,

When people ask what shape your relationship is in they don’t usually mean a rectangle or a triangle or a pear. But what would it mean if they did?

My own marriage changes form constantly. I live with a teenager in a city apartment during the week and with my husband, the cat, and occasional family members at home every weekend. While still being a wonky heart shape, after spending lockdown together I’d suggest we are currently shaped like two separate stars. Warm in the middle with a few spiky edges. Every relationship is shaped differently.

You describe your guy as a square. But what does that actually mean in relation to you? On the shape continuum these forms are symmetrical and sturdy. Tip one over and you basically still get a square. But with this comes some big arse responsibility. These folk are the building blocks of solid foundations. You losing your job is a scary prospect right now but square-types prepare for potential danger every day of their lives. When the shit hits the fan they bulk. If your dream guy no longer feels soft and cuddly it’s probably because he’s all hard lines, squatting in his full squareness, trying to stop everything from toppling over.

So the question is are you ok with this or are you really too proud for help? If you look hard at yourself you’ll probably find that you were drawn to these traits to begin with. But a few months of domesticity, a world pandemic and one grown-up work catastrophe later, you are no longer on the outside looking in at all those wide-shouldered qualities. From what you’ve described you are now on the inside of that square and its starting to look a lot like a cage.

Without sounding too obvious, you need some perspective and to get outside that square again. Kind, dependable and generous are fine but dictating and domineering can go take a hike. It’s 2020 and it’s just not hip to be (that kind of) square. So do yourself a favour and imagine you’re balloon-shaped. Now fill yourself with helium and float right out of that cell-shaped love nest. Even just temporarily. Spend a few nights with a friend. Get some space, do some networking and think about what feels like the next step for both your relationship and your career. What you do with your body, your life and your money are choices no one else gets to make. But it’s also ok to accept help if the terms feel safe and there has been honest dialogue about boundaries. All shapes disappear into the ether without a firm set of these.

And, as always, go easy. According to reports, employment fell by over 37,000 in the last month so you’re not alone in losing your job. It’s normal for you and square-guy to be worried about your futures on top of a fledging romance that is being tested to its limits.  Stay calm. Try to imagine he’s a Polaroid. A perfect blank square to begin with that emerges over time into the image of a fully-formed human. He might just need a few gentle shakes to develop into the person who’s right for you. And if that doesn’t work tilt your head. From a different angle squares can look quite a lot like diamonds. 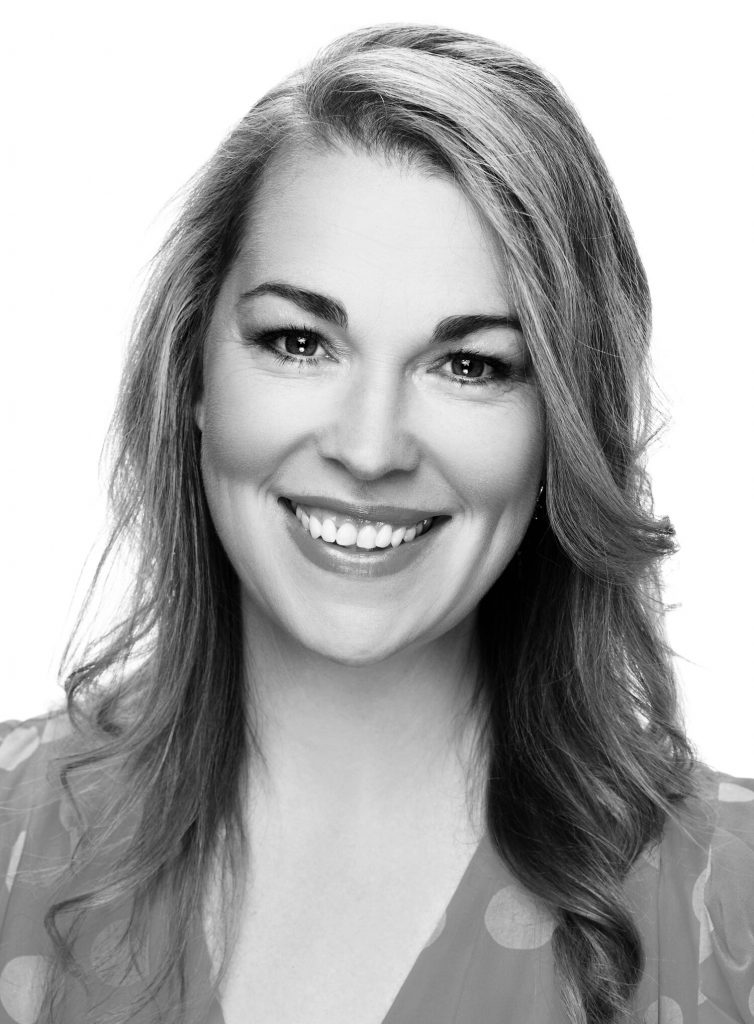 Disclaimer: Vanessa Marshall is a former magazine editor and writer who lives with her teenage daughter during the week and her husband on the weekends. This situation pleases her greatly. She is a follower of radical empathy and if you write to her she will answer with honesty and care. While she may not have been there she will definitely have been somewhere.

The Love Diaries: The 5 Invisible Signs of Loneliness – And What You Can Do About Them

The Gift Guide Collection: The One Who Loves to Look Good

Welcome to our 2021 Gift Guide Collection! Over the next month we’ll be dropping a new gift guide every few days so you’ll never...

‘On the Outside I’ll Look Fine, But On the Inside I’m on Fire’ Invisible Illnesses: What It’s Like Living with Fibromyalgia

We’re putting the spotlight on Invisible Illnesses in this new series. Are you one of the many Kiwi women who suffers in silence?  In this...

Business Battles, Sleazy Blokes & an Accidental Destiny: NZ’s Most Inspiring Beauty Mogul & How She’s Overcome it All to Find Success

Dyslexia, sexism and good old-fashioned Tall Poppy Syndrome – Anna Ross has been through it all. Now, she’s on the edge of global success...

“You Don’t Have to Own a Home to be Financially Successful” – How to Make the Most of Your Money, Even if You Don’t...

She's one of the nation's top money experts and has been trusted by thousands to answer their financial questions from basic saving through to...

Women Were Told We Could Have It All, But Can We? Why I Froze My Eggs at 31 and Took Back Control of my...

Christmas Is One Month Away! WTF! Here’s How To Start Getting Into The Festive Spirit

Want To Watch Someone Else’s Couple’s Therapy? Meet The Therapist That Lets You Do Exactly That

‘He Said He’d Had a Witch Doctor Put a Curse on My Unborn Babies’: The Sick & Unusual Threats Jeffrey Epstein Made to the...

Bold, Brave and Being Blissfully Themselves: How Jess Tyson, Gennady Sharpe and Vanessa Goodson Turned Their Big Dreams into Beautiful Reality

The Love Diaries: The 5 Invisible Signs of Loneliness – And What You Can Do About Them

‘He Said He’d Had a Witch Doctor Put a Curse on My Unborn Babies’: The Sick & Unusual Threats Jeffrey Epstein Made to the...

Want To Watch Someone Else’s Couple’s Therapy? Meet The Therapist That Lets You Do Exactly That

The Gift Guide Collection: The One Who Loves to Look Good

From Today, You’re Working for Free: How NZ’s Most Influential Women Are Using Their Out Of Office to Fight the Pay Gap

Business Battles, Sleazy Blokes & an Accidental Destiny: NZ’s Most Inspiring Beauty Mogul & How She’s Overcome it All to Find Success